To share your memory on the wall of Hal Harasymyk, sign in using one of the following options:

“Lives come in all shapes and sizes. Sometimes you have to look past the forest to see the trees, sometimes past the obvious to see the reality beneath. Sometimes past the noise to see the heart of a good, decent and very kind man. A man who would have given you the shirt off his back, and it might have been one of the only two he had. Sometimes character is hidden by flaws, but it still exists. You just have to look for it, because it really was there all along,”
-written by a friend of Hal’s.
Read Less

Receive notifications about information and event scheduling for Hal

Donations are being accepted for: Emo and District Hospital Auxilary.

We encourage you to share your most beloved memories of Hal here, so that the family and other loved ones can always see it. You can upload cherished photographs, or share your favorite stories, and can even comment on those shared by others.

3 trees were planted in the memory of Hal Harasymyk

Posted Mar 31, 2021 at 12:56pm
Wishing you peace to bring comfort, courage to face the days ahead and loving memories to forever hold in your hearts.

3 trees were planted in the memory of Hal Harasymyk

Posted Apr 13, 2021 at 11:00pm
My deepest sympathy and condolences to his family and friends. Hal was a good man. Always shared a laugh when I saw him.
Comment Share
Share via:
RH

Posted Apr 10, 2021 at 11:07am
Wishing you peace to bring comfort, courage to face the days ahead and loving memories to forever hold in your hearts.

Posted Apr 07, 2021 at 10:03am
Please accept our most heartfelt sympathies for your loss... Our thoughts are with you and your family during this difficult time. 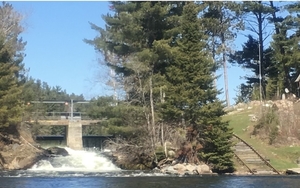