To share your memory on the wall of Walter Lloyd, sign in using one of the following options:

It is with sad hearts that we announce the passing of Walter Lloyd on Sunday Mar 7, 2021 who fell to the dreaded cancer and quietly passed in his bed surrounded by love at his home in Nestor Falls. Walter was born on... Read More
Walter Earnest Lloyd

It is with sad hearts that we announce the passing of Walter Lloyd on Sunday Mar 7, 2021 who fell to the dreaded cancer and quietly passed in his bed surrounded by love at his home in Nestor Falls. Walter was born on August 28, 1936 in Devlin, Ontario to John and Hilma Lloyd 2nd youngest of five siblings Alfred, Marion, Robert and survived only by his sister Lillian VanDrunen. Walter was predeceased by his first wife of 50 years Isabelle nee Burt.

He leaves behind his wife of 13 years Sarah nee Tolton, his children Donna Niskala (Gary) of Emo, Jean Dick (Mike) of Devlin, Willy Lloyd (Susan) of Anglemont BC, Crystal Fraser (Bruce) of Edmonton Alberta, Walter Lloyd Jr (Laurie) of Stevensville Ontario, David Lloyd (Glenda) of Emo, James Lloyd (Sheila) of Saudi Arabia. 17 grandchildren and 19 great grandchildren and was also grandpa to his stepson Matt Tolton’s two children with whom he was very close.

Walter’s childhood was spent at various farms in Buriss and Devlin. Where at a young age with his family, survived the Dance Fire. In 1955 Walter travel out west to Alberta where he worked on ranches and farms in the Drumheller area where he met Isabelle Burt and they were married on Aug 11, 1956. They then moved back to Ontario where Walter worked in the bush for seven years near Kenora for O&M. In 1965 Walter and Belle moved back to Alberta where he started a career on the pipeline as a dozer operator and in a few short years became a foreman for Price. From this point he travelled where ever the pipeline would take them sometimes summer in Quebec and then winters in Northern BC and most summers the rest of the family would travel whereever he was. In 1978 Walter moved with his wife and three youngest children to Nestor Falls where he was involved in the United church, Nestor Falls community and Masonic Lodge. Walter liked to travel and upon retirement spent many winters in the Southern States. Walter enjoyed meeting new people and his quiet good nature and smile resulted in life long friendships with people all across Canada and the USA.

Family was always the most important and first priority for Walter and Belle. They travelled all across Canada to see their children, grandchildren and great grandchildren. The love and devotion he had for his wife and family was evident in everything Walter did.

After Belle’s passing Walter met Sarah Tolton and after dinner’s and dances Walter invited her to go south to Truth or Consequences New Mexico where they were married. Walter and Sarah would spend winters in the south and summers in Nestor Falls where they continue their passions, Sarah in her garden and Walter in his woodworking shop making furniture. They continued to travel to see both sides of the family and friends.

Due to COVID there will not be a service.

Receive notifications about information and event scheduling for Walter

Print
As per Walter's request a private family gathering will take place.

Donations are being accepted for: Nestor Falls United Church.

We encourage you to share your most beloved memories of Walter here, so that the family and other loved ones can always see it. You can upload cherished photographs, or share your favorite stories, and can even comment on those shared by others.

Posted Mar 10, 2021 at 07:35pm
Walter was the OG of the good guys. At first my boss and mentor on many pipelines and then a lifelong friend along with Belle. We loved him and will miss him and send prayers and comfort to all of his children , grandchildren, great grandchildren and wife Sarah.
All of our love, Dennis and Melinda Marchessault
Comment Share
Share via: 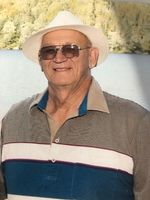 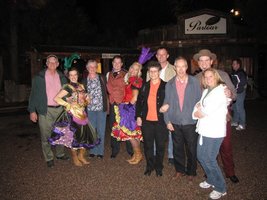 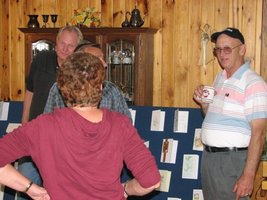 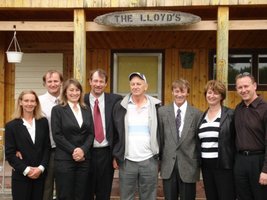