To share your memory on the wall of Irwin Johnston, sign in using one of the following options:

The family of Irwin Elford Johnston is grieved to announce his passing on December 22, 2020. He was born on May 1, 1946 to Edgar Alfred and Alice Jean Johnston in Thunder Bay, Ontario. He is predeceased by his parents and siblings, Alfred, Neil, and Robert (Bob).
Irwin was married to Patricia Tiboni (Olivia Adams) and had three children, Ken (Kim), Peter (Janine) and Michelle (Dan) by that marriage. They moved to Rainy River, Ontario in 1971. On December 19, 1981, Irwin married Norma-Jean Johnston. He adopted her daughter, Rebecca (Stefan) in 1984. The family circle was complete with the birth of Marty in 1988. He is survived by his sister, Carole Lajeunesse, his favourite cousin Shannon Beaton and nephew Allan (Candyce). Many grandchildren and great grandchildren, rink rats and friends were also blessed to call him Pop.

Irwin loved and lived for his family and he also dedicated himself to the Town of Rainy River. Beginning as a bookkeeper, he worked as Deputy Clerk Treasurer, and Clerk Treasurer until his retirement in in 2000. He enjoyed the challenges of every day service - Council meetings, Rec Board, Railway Museum, Cemetery, Roads, Hydro Power Commission, Water Treatment Plant, Library and the Hannam Park redevelopment. He served in various capacities with the Northern Ontario Municipal Association (NOMA) and was proud to designate after his name (AMCT) Association of Municipal Clerk Treasurers, awarded by Queens University.
Irwin also took pride in his work in planning the Rainy River Clinic, the new Rainy River Hospital and he served 12 years on the District Health Council.

Along with his silent partner, Norma-Jean, he served as Secretary-Treasurer for the Royal Canadian Legion, Major Hughes Branch 54 until his retirement in 2011. He has his membership for 2021.
Irwin was a proud Canadian and loved to travel from coast to coast, camping and visiting all the way. He took great delight in his pussy cats and was famous for his turkey dinners and walleye fish frys. He loved to talk and told stories to the very end.
Irwin and Norma are faithful worshippers of Christ at Knox United Church Rainy River, where they prayed and sang, and celebrated events of community and family.

A virtual service will be announced at a later date.
Read Less

Receive notifications about information and event scheduling for Irwin

There are no events scheduled. You can still show your support by sending flowers directly to the family, or planting a memorial tree in memory of Irwin Elford Johnston.
Plant a Tree

We encourage you to share your most beloved memories of Irwin here, so that the family and other loved ones can always see it. You can upload cherished photographs, or share your favorite stories, and can even comment on those shared by others.

Posted Dec 31, 2020 at 02:42pm
To my father , thank you for blessing me with your love. I feel you in everything I do and am so fortunate and grateful to be my fathers daughter!

Posted Dec 28, 2020 at 03:56pm
Mark and I extend our condolences to Norma Jean and family in the passing of your beloved IRWIN. May you keep memories of Irwin always in your heart. In Sympathy, Mark and Susan Douglas
Comment Share
Share via: 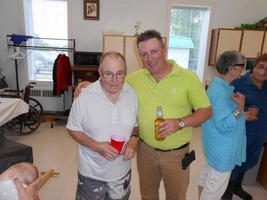 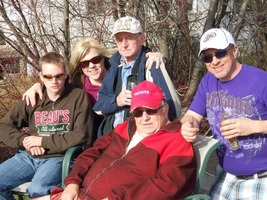 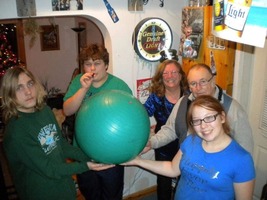