To share your memory on the wall of Gordon Olson, sign in using one of the following options:

Print
It is with great sadness that the family announces the passing of their dear loved one Gordon Donald Olson on March 3, 2021 at the Rainy River Hospital.

Gordon was born in Emo Ontario on June 7, 1944 to Art and Thelma Olson. He grew up a... Read More
It is with great sadness that the family announces the passing of their dear loved one Gordon Donald Olson on March 3, 2021 at the Rainy River Hospital.

Gordon was born in Emo Ontario on June 7, 1944 to Art and Thelma Olson. He grew up at the family homestead in Arbor Vitae until moving to Dryden at the age of 17 to work.

He was united in marriage to Anita Cote on May 29, 1965 in Dryden Ontario.

Gordon and Anita lived in Dryden until 1975 when they moved their family to Thompson, Manitoba - where Gordon got a job with Scott National. In 1977 Gordon and Anita moved to Bergland, Ontario where they had purchased the community store “Olsons”. They worked and raised their family in Bergland for the next 40 plus years.

Dad was an avid gardener, well known for growing his giant pumpkins, and won the first annual “Golden Hoe” in the Rainy River pumpkin festival. He loved to hunt spending many hours with his brother-in-law John, nephew Michael and grandson Kyle. In the last few years he was happy to drive around with his kids looking for that perfect 30 point buck.

Dad will be remembered especially for two things - he loved to tell stories and was well known for his knowledge of the history of the area. He loved to go for drives and point out the different Homestead’s, who had lived there and knew all the most interesting tidbits. Secondly, he was known for being an exceptional butcher who only sold the highest quality meat. He started cutting meat when they purchased “Olsons” and ran his business using a saying he had heard somewhere...”anyone can sell a can of beans, you gotta have good meat”. People would come from all over the area to the little country store in Bergland just for dad’s meat. People would always comment that Gordon cut the best steak!

More than anything Dad/Papa loved his family. He was so proud of his kids and his grandchildren - they were truly the light of his life. He valued family above everything.

The family would like to thank the Rainy River hospital staff for their care and compassion for our dad over the last 18 months, in particular Jon Stamler who dad was especially fond of.

In memorial donations can be made to the Rainy River Hospital, c/o Northridge Funeral Home Ltd., Box 89, Emo, ON P0W 1E0.

A Service will be held at a later date.

Dad we hope you have been reunited with Mom - you will forever be missed.
Read Less

Receive notifications about information and event scheduling for Gordon

Print
A service will be held at a later date.

We encourage you to share your most beloved memories of Gordon here, so that the family and other loved ones can always see it. You can upload cherished photographs, or share your favorite stories, and can even comment on those shared by others.

Posted Mar 15, 2021 at 11:59am
With loving memories of "Gordon Olson", Sending Love and Hugs from Brent and Robin (Legaree) Johnson

Posted Mar 13, 2021 at 08:30am
A beautiful obituary for a wonderful man. Treasure the moments and memories until you meet again. Thinking of all of you at this difficult time.
Darren and Donna Davidson and family
Comment Share
Share via:
WL

Posted Mar 12, 2021 at 02:14pm
Dear Shannon (and all your family), We are so sorry to hear of your Dad's death last week. We just want to say we always enjoyed your Dad. He was such a cheerful, pleasant gentleman, always a pleasure to be around -- from the early years when they ran the store to the years when they cut up meat together back at the homestead along the river. Willie & I had a special visit with him one day about 4 years ago, I think. He welcomed us in and we visited around the kitchen table. he was so delighted with the renovations that your brothers were doing on the house. He also talked about how wonderful it was to live there along the river and enjoy the wildlife. I know you will miss him very, very much. Daddy's are like that -- a great treasure and a real loss when they are gone. April has so many fond memories of being at your house as a little girl and watching and listening to your parents. She says they were always having fun together. What a special heritage you had! I'm glad you were able to be with him in his last hours. Just want you to know we are thinking of you and praying for all of you. Much love, Rodi & Willie Longenecker
Comment Share
Share via: 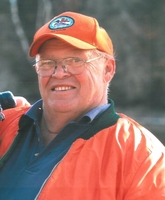 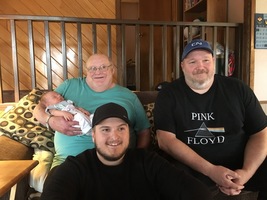 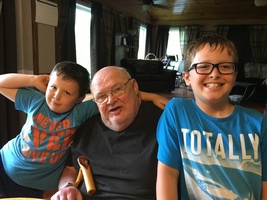 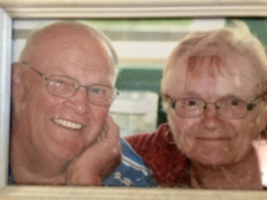