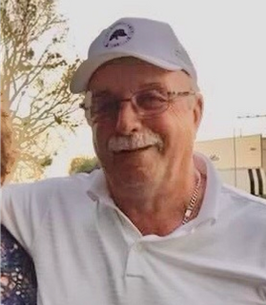 It is with profound sadness and broken hearts that we announce the passing of Tom Fry, age 76,
on Tuesday, October 4, 2022 at La Verendrye Hospital in Fort Frances after succumbing to
illness. He left surrounded by his loving family.
Tom is survived by his wife, Diane; sons Darren (Brandy) and Steve (Brandy); stepchildren
Melanie Reed (Chris), Kevin (Adrienne) Lake, and Krista Lake (Steve); grandchildren Karlee
and Callie Fry, Bella and Leni Fry, Trenton and Blake Reed, Sammy Stone, Lorelei and Parker
Lake; brother-in-laws Guy (Kim) Beaudry and Marc Beaudry; sister-in-law Monique (Kevin)
Penney; nephew Cameron Penney; nieces Lauren Penney, Katja Sutherland, Anika Beaudry,
Hailey and Victoria Beaudry; In-laws Lorraine and Red Beaudry; and extended family.
Tom was born in Fort William, Ontario, on March 12,1946 to Tom and Jean Fry. He was an only
child, raised by his parents, grandmother and aunt. This is why he always said he had three
mothers. Tom attended high school at Fort William Collegiate Institute and played football. From
there he went on to Lakehead University, where he studied business. He worked a few years for
Texaco after he graduated then returned to Lakeahead to get his Bachelor of Education. He had
a teaching placement in Fort Frances and was loved so much, he was offered a job with the Fort
Frances - Rainy River District School Board. He spent the later years of his teaching career as a
curriculum consultant.
In addition to education, Tom loved sports. He was an avid Blue Jays fan and liked golfing,
curling and fishing. He spent hours golfing at Kitchen Creek Golf Course, one of his favourite
places. He had some unforgettable golfing experiences over the years. Hole 4 holds special
memories. As hard as he tried, the hole-in-one always eluded him.
Tom enjoyed curling. He was a life-time member of the Fort Frances Curling Club. He was
instrumental in the building of the new rink on 8th Street by being part of the Organizational and
Building Committee of the Fort Frances Curling Club (1991 to 1993), which recently was
inducted into the Fort Frances Sports Hall of Fame. He shared his love of curling with the
younger generation by coaching the Fort Frances High School Muskie Curling team. He was
also president of the Curling Club from 1985 to 1987. Tom was awarded National Curling Club
Volunteer of the Year in 2005-2006 by the Canadian Curling Association.
Volunteering was a large part of Tom’s life. He was also very involved in the Fort Frances
Canadian Bass Championship since it began in 1995. He chaired this popular district event for a
number of years. When he finally decided to step down, he advocated by encouraging others to
step up because he knew how important it was to the community.
Tom had an extensive network of friends from across the district and his travels. He spent a few
winters in Texas and Florida. Everyone who knew him had their own relationship and story. He
made a life of what he gave and will be known for his generosity; giving freely of his time, his
cooking, and conversation. P.S: His sous chefs will tell you that he could dirty every dish in the
kitchen. Tom will be greatly missed by his family, friends and community.
In lieu of flowers we ask that donations be made to the Fort Frances Curling Club in his memory.
A service will be held on Friday, October 14 from 2:00 to 5:00 PM at the Fort Frances Curling
Club.