To share your memory on the wall of Ronald Bridgeman, sign in using one of the following options:

Print
Ronald Wayne Bridgeman
It is with deep sadness that we announce the sudden passing of Ronald Wayne Bridgeman of Fort Frances, Ontario on Thursday March 18th, 2021.
Ron was born on May 5th, 1950, in Hamiota, Manitoba to Tom and Jean Bridg... Read More
Ronald Wayne Bridgeman
It is with deep sadness that we announce the sudden passing of Ronald Wayne Bridgeman of Fort Frances, Ontario on Thursday March 18th, 2021.
Ron was born on May 5th, 1950, in Hamiota, Manitoba to Tom and Jean Bridgeman. He was raised on a farm in Oak River, Manitoba where he learned from a very young age the value of work ethic and family. Trips back to Oak River were always cherished.
In 1973 Ron came to the Fort Frances area with a rock crushing crew, and soon after met Sandi Ogden. Sandi quickly fell in love with Ron’s afro, thick bushy lamb chops, his infectious smile and sparkling eyes. But, it was likely his car that sealed the deal. The 1970 firebird formula 400 put butterflies in Sandi’s stomach. On March 16, 1974 they were married and soon after started their family of three children. Ron didn’t define success by his accomplishments but through the time he spent with his grandkids, children and loving wife.
In 1985 Ron received his Red Seal Steamfitter certification, working at the mill until his retirement on June 1, 2008.
Ron was the strong silent type, until you knew him. He was generous beyond measure, always lending a hand to his children or friends. He was a man of many trades and could fix anything. Being on everyone’s speed dial he always had a project on the go, and when he didn’t he would often be found putzing in his garage. He was an excellent wood working craftsman and was in high demand for rocking horses, amongst many other things. He was also an avid hunter and fisherman and took great pleasure in sharing with friends and neighbors.
He was a proud hockey popa, spending countless hours at the rink. With his white hair, Piper and Blaire always knew where to find him in the stands.
Ron was naturally good at sports and if he wasn’t, you wouldn’t know it because he wouldn’t play it. He was a fierce competitor, practising for hours in secret at Nintendo just to beat his children. His competitive nature led him to be a great baseball player, goaltender, and curler, although his hog line violations are still being debated. In addition, he spent hours on the golf course taking money off his friends and laughing when one of them would lose their temper. He also excelled at billiards and would get phone calls from his friends in Arizona months in advance of arriving.
Growing up a farmer, you would never have thought that Ron’s main passion was the lake. Getting up to the cabin would never come soon enough. He would break ice early in the spring and get chased off the island late in the fall. The lake provided many special moments where he got to spend quality time with family. Fishing, playing cards and time spent with his grandkids gave him great pleasure. He loved puttering in his large garden on the island and sharing his produce. The three musketeers (Ron, Dale and Gary) spent countless hours helping each other with construction projects, sharing meals, cocktails and many laughs.
Ron was predeceased by his parents, Tom and Jean Bridgeman, his mother and father-in-law Ed and Meryle Ogden, brother-in-laws Gary Ogden and Ray Lefebvre, niece Jodi Bridgeman and nephew Chad Bridgeman.
He will be forever missed by his wife of 47 years, Sandi (Ogden), and his three children, Dana, Heather (Grant), Scott (Renee) and grandchildren Molly, Piper, Blaire, Jade and a new one on the way. His three bothers Garry (Grace), Brian (Lottie) and Cam (Louise) and their children. Also surviving is his sister-in-law Darlene Lefebrve (Bruno), sister-in-law Mary Svir and brother-in-law Stancey (Robbie) along with numerous nieces, nephews and cousins. He will be greatly missed by his many good friends.
Unfortunately due to COVID, the funeral capacity is limited to immediate family. A celebration of life at the cabin will be held once COVID restrictions are lifted. In lieu of flowers, donations can be made to a charity of your choice.
Read Less

Receive notifications about information and event scheduling for Ronald

There are no events scheduled. You can still show your support by sending flowers directly to the family, or planting a memorial tree in memory of Ronald Wayne Bridgeman.
Plant a Tree

Donations are being accepted for: Riverside Foundation.

We encourage you to share your most beloved memories of Ronald here, so that the family and other loved ones can always see it. You can upload cherished photographs, or share your favorite stories, and can even comment on those shared by others.

5 trees were planted in the memory of Ronald Bridgeman

Sandi, I’m still trying to digest the thought of Ron’s passing. Although we have not seen much of Ron in the last number of years I remember him more as a young cousin when we were growing up- when he and I went to Lac du Bonnet with his grandparents one summer, spending time at his place when he was quite young (I was helping his Mum), and at our place for Christmas or just a family visit. I offer my deepest condolences to you Sandi, Dana, Heather & Scott and families. Linda (Griffiths) Toews
JG

Posted Apr 05, 2021 at 11:49am
Sandi, Dana, Heather and Scott -Wishing you peace to bring comfort, courage to face the days ahead and loving memories to forever hold in your hearts.

Posted Mar 30, 2021 at 08:45am
Sending deep sympathy to all your family. My thoughts are with you at this time. Diana Miller
Comment Share
Share via:
JL

Posted Mar 26, 2021 at 08:39pm
We are sending our condolences to the whole family we are saddened by Rons sudden passing and send hugs to all from Jim, Jan, Krista and Laureen

Sandi, Dana and Family, Heather and Scott and family. I 'am so sorry to hear of Ron's passing, it is hard to believe, I'm so happy you both were able to visit Scott and his family. I am here Sandi, if you need to talk .I will just listen. Hugs and kisses, Love you " My Friend." Patti Deschamps Guerton
PJ

We were sooo sorry to hear of Ron’s tragic passing
Our hearts and sincere condolences go out to you all....
Sincerely. John n Patti johnson
Comment Share
Share via: 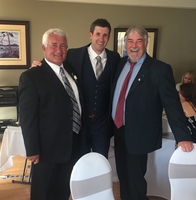 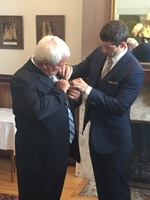