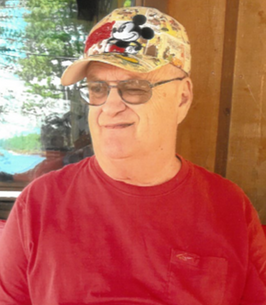 Robert James (Jay) Handberg passed away in the early hours of November 12th at Rainycrest Long Term Care in Fort Frances, Ontario after a long battle with dementia.
It brings us comfort that he is reunited again with his wife Cheryl, the love of his life, who predeceased him on September 29th.
Jay was born to Bob and Isabelle (nee Campbell) Handberg on February 15th, 1948 in Winnipeg, MB. He was raised on Lac La Croix, ON where his parents owned and operated “Campbell’s Cabins and Lac La Croix Quetico Air Service”. Jay met his sweetheart Cheryl at the lake and the two married November 7th, 1970. So began their lifetime at the lake and they would soon welcome their sons Campbell and Curtis. For decades side by side they would run the business.
Jay loved his life on the lake whether it was answering phones in the office, taking his grandkids for a ride in the golf cart or coffee on the store steps with his guides. As much as Jay loved the lake, he and Cheryl treasured their winter getaways in Florida where he would relax by playing mini putt with his grandkids or holding Cheryl’s purse while she shopped. Anyone who knew Jay could count on a hug and a funny story.
He leaves to mourn his loss, his son Curtis and his wife Erika, and their children Olivia and Robert; Granddaughter Katie and her children Waylon and Blake; Granddaughter Kennedi.
Jay will also be missed by his sister-in-law Donna (John) Handberg and his nephew Stuart; his niece Kristi Alright and cousin Richard Howden. It also must be remembered that he had so much love and admiration for all the members of the Cross clan.
Jay was predeceased by his wife Cheryl, his son Campbell, his brother John Handberg, his cousin Robert “Knute” Howden and his wife Nancy (Cross) Howden and his parents Bob and Isabelle (nee Campbell) Handberg.
Honourary pallbearers are his fishing guides from Lac La Croix First Nations.
There will be no funeral at this time. An interment will be held in the Spring at the Barwick Cemetery. Jay and Cheryl will be laid to rest together at that time.
If friends so desire , in memoriam donations may be directed to the Alzheimer’s Society of Kenora/Rainy River Districts by cheque c/o Northridge Funeral Home, Box 89 Emo, Ontario, P0W 1E0 .
We’re at peace knowing that you’re together with Mom, Campbell, Knute, Nancy, Brad, John.