To share your memory on the wall of Ray Lowes, sign in using one of the following options:

Receive notifications about information and event scheduling for Ray

There are no events scheduled. You can still show your support by sending flowers directly to the family, or planting a memorial tree in memory of Ray Albert Lowes.
Plant a Tree

Donations are being accepted for: Canadian Red Cross.

We encourage you to share your most beloved memories of Ray here, so that the family and other loved ones can always see it. You can upload cherished photographs, or share your favorite stories, and can even comment on those shared by others.

Posted Jan 14, 2021 at 05:08pm
Dear Marion, Diane, Terri, and Brent and Family,
So sorry for your loss of Ray...a good man.
I remember your wedding...does not seem that long ago...
Fond memories of stopping in at Lowes Island...
Take care.
Sincerely,
Margaret Ellen and Paul Jackson

Posted Jan 14, 2021 at 11:45am
Marion and family
So sorry to hear of your husband and dads passing. My sincere condolences to you all
Patti johnson
Comment Share
Share via:
BL

Posted Jan 11, 2021 at 06:50pm
Our deepest condolences Marion, Diane, Terri, Brent and family.
I have many fond memories of spending time at the Island and yearly Easter long weekend visits whether in Fort Frances or Emerson.
Brandie (Wightman) & Tim Lazaruk
Comment Share
Share via:
R

Posted Jan 10, 2021 at 10:19am
In the early 70's Glenn & I flew to Oshawa and drove his new truck back to Fort Frances. Sincere condolences from Glenn & Judy Carmody.
Comment Share
Share via: 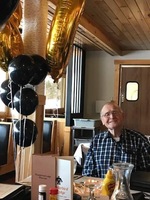 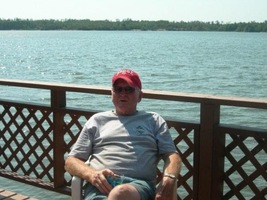 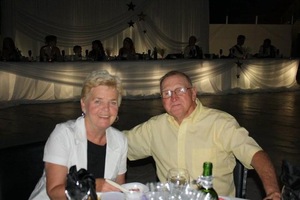