To share your memory on the wall of Marlin Baker, sign in using one of the following options:

Print
It is with great sadness in our hearts that we announce the peaceful passing of our Husband, Father, Grandfather,Great-Grandfather and Friend Marlin Allan Baker on May 6, 2021.

Marlin was born in Emo, Ontario on August 22,1940,the only c... Read More
It is with great sadness in our hearts that we announce the peaceful passing of our Husband, Father, Grandfather,Great-Grandfather and Friend Marlin Allan Baker on May 6, 2021.

Marlin was born in Emo, Ontario on August 22,1940,the only child of Leo and Della Baker. Marlin grew up on the farm “up river” from Emo attending the Lash School, Donald Young School and Fort Frances High School. Marlin left school at age 16 to start his trucking career .He liked to tell the story of when he was 14 years old and drove the school bus of kids home from school because the bus driver had to go to a funeral. At the young age of 16 Marlin started driving an oil truck for Hunters building the road into Minaki.Before the road to Atikokan was completed Marlin and a few friends worked at the iron/ore mine in Atikokan driving through Kenora to get there or hopping a freight train to come home for days off. He delivered freight for Martin’s Transfer until he started working at the Pulp and Paper Mill in Fort Frances.On his days off from the mill, with his own truck, he would haul pulp wood cut by his Dad near Emo into the mill in Fort Frances.

He eventually became self-employed and took much pride in his truck.Marlin hauled wood mostly in the Rainy River District as well as in Thunder Bay. He worked his gravel truck on the pipe line from Manitoba to Longlac and for local road repair contracts.He retired from his own business at the age of 65 but he still drove truck for ther contractors in the area.

Marlin was soft spoken, kind, and he would always offer to help anyone, anytime. He was humorous and a tease, and he loved to pull a good prank. He loved to watch his grandchildren play
hockey and he rarely missed a home game. He enjoyed travelling to tournaments and he always made sure that they had enough money, warm clothes and snacks.

Camping for the family started with a camper he built out of plywood and 2x4’s on the back of a Ford 150 pickup. This camper went many places including a family vacation to BC. He updated campers frequently.Camping at various campgrounds near and far and pulling a trailer on trips across Canada while visiting the children and grandchildren was a highlight in his summers . He has driven his family on vacations to California, Texas, Branson Missouri and Florida.He was never in a hurry to get anywhere so slow Sunday drives with a little bird hunting were plentiful.

The retirement plan was to winter in Florida but there was usually something that he needed to do for one of the kids that would call him back early. Marlin would often be seen out puttering around. His motto was “Do it once and do it right” and he usually did.

Thank you to Dr. Moorhouse and the staff of the Special Unit at Rainycrest Long Term Care Home for making his new home a welcome place to live.

Private Interment will take place in Emo Cemetery at a later date.

Receive notifications about information and event scheduling for Marlin

Print
A Private Family Ceremony will be held at a later date.

We encourage you to share your most beloved memories of Marlin here, so that the family and other loved ones can always see it. You can upload cherished photographs, or share your favorite stories, and can even comment on those shared by others.

Posted May 12, 2021 at 06:29am
Please accept our most heartfelt sympathies for your loss... Our thoughts are with you and your family during this difficult time. 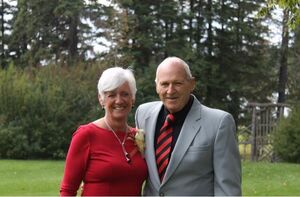 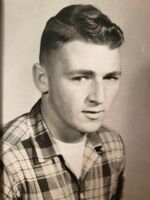 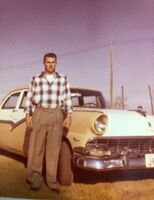