To share your memory on the wall of Lyle Gill, sign in using one of the following options:

Receive notifications about information and event scheduling for Lyle

There are no events scheduled. You can still show your support by sending flowers directly to the family, or planting a memorial tree in memory of Lyle Arthur Gill.
Plant a Tree

We encourage you to share your most beloved memories of Lyle here, so that the family and other loved ones can always see it. You can upload cherished photographs, or share your favorite stories, and can even comment on those shared by others.

Posted Jun 15, 2021 at 07:45pm
I met Lyle when I was first starting my Aviation career in the mid to late 70s at Sabourin Airways in the Red Lake Ontario area and Rusty Myers Flying Service in Fort Frances. After I moved on to Air Canada in the late 70s, in the following years, I would regularly return to both of these areas to visit old friends and was overjoyed when Lyle would allow me to ride along in the Otter CF-PHD at Sabourin Airways and allow me to fly the ship. I also enjoyed visiting with Lyle in the 90s at Hockey rinks when my sons were playing hockey around North Western Ontario.
As a true NWO person and a Professional Pilot I could always relate to Lyle as we were cut from the same cloth.
Lyle was an exceptional Pilot and mentor of a breed that barely exists today.
I am sorry to hear of Lyle's passing.
Captain Bob Moore-Bunney
Dryden Ontario
Comment Share
Share via:
DG

Posted Jun 15, 2021 at 07:22pm
Uncle Lyle was someone I idolized growing up hence I became a pilot. The greatest times I had in aviation was with Uncle Lyle mentoring me as a pilot, we worked together on my first flying job, he actually checked me out on the Norseman said he wanted it done right. I also had the chance to work for him at Bordaire another great learning experience. I will always miss him, I awoke every morning checking my email for his daily joke. Stay safe, enjoy a seizure with the rest of the family.
With love and respect Dean
Comment Share
Share via: 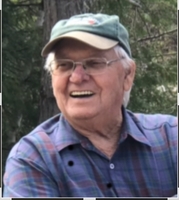 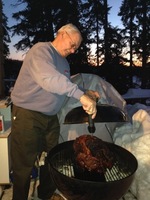 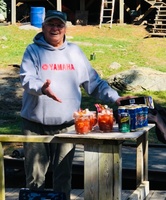