To share your memory on the wall of Leslie Ivall, sign in using one of the following options:

Receive notifications about information and event scheduling for Leslie

We encourage you to share your most beloved memories of Leslie here, so that the family and other loved ones can always see it. You can upload cherished photographs, or share your favorite stories, and can even comment on those shared by others.

Posted Jun 11, 2021 at 01:24am
Mine(Mike) and Dads(AB) Most sincere condolences going out to the Ivall family in their hour of need and Friends. Les was Les. Always willing to give you the 'shirt off his back'; most 'literally' I'm sure of it. Can't remember 'ONCE' when he 'NEVER' had a Big ol' SMILE on his face, and let me tell you this; IT WAS CONTAGIOUS. HA. Never a dull moment with that man. Always ; and I mean A L W A Y S had a kind word, and if you weren't feeling well? Well; U sure as heck 'we're' when you parted ways with Les. I can remember asking him once: (or should I say; stating a Fact)? ha ha ha So, Les, I said to him: 'Sure doesn't look/sound like a very nice week 'weather-wise' coming up 'at all' here does it? Windy as all get out, raining cats and dogs, maybe even Hail the size of 'golf balls'. Well; Les with his usual; 'NO'; His ALWAYS 'smiling' face comes back with something along the lines of: 'Well Mike; it could be alot worse he told me; we could be living in 'California' where they get 'shakers'(earthquakes) at 'Least' 30% of the year he told me, and we could fall into one of those 'sink holes' of theirs and 'DIE a Horrible Death' he said; At least 'here'; all we have to 'really' worry about is 'how heavy of a jacket' we have to wear outside the next day. HA. Now 'that's' the Les 'I/We' knew and Loved. Always; A L W A Y S looking on the BRIGHT side of things. If 'more' of us would do that there'd be ALOT less 'WARS' and ALOT fewer 'SHOOTINGS' around the world amongst 'OTHER' (so called) NATURAL DISASTERS if you'd like to call them that. NOPE; I'm/We're going to 'Really, Really' miss you 'Les' ol' (old my ___) as Les would say I'm almost 'SURE' of it. Ha ha ha. Well my/our Friend, you lived a 'Long and Fruitful' life, and from what 'I/We all can see' My/Our Friend, it's time for you to Rest now and go 'Up-wards and On-wards', see your wife Lucy again, show them Angels how to be 'ANGELS', and 'ABOVE ALL' My/Our good, Good Friend, it's time for you to get some Rest our ol'/Young Friend, because 'YOU of ALL people'; Deserve it. Sleep well My/Our old/Young Friend, sleep well. AB and Michael
Comment Share
Share via:
HS

Posted Jun 06, 2021 at 03:37pm
Dear Uncle Les . You will not be forgotten for a long time. May we meet up on the other side and continue laughing. Love, Faith Ann Ivall

Posted Jun 06, 2021 at 03:27pm
Uncle Les was a force of good nature. I enjoyed my conversations with him because his wit, good humour, and stories of family history never faded for the many years I knew him. I relished his recall of his responsibility as a soldier during WW11, meeting up with his brothers Edward, my father, and Jim in Sicily. And the hard time returning to civilian life. I will not forget his ready handshake and smile. He enjoyed travel and even made it out west to visit me with Robert. He has left a huge impression and I will always remember him with great fondness and love. I share my sadness at his passing with Linde, Robert, and Donny. Faith Ivall
Comment Share
Share via:
BS

Posted Jun 03, 2021 at 07:38pm
I’m deeply saddened to hear of Les’s passing. I have many many fond memories of Les I will treasure. I was always known to Les as Whiskey, even when I would run into him in my adult years. My thoughts and prayers to The family.
Comment Share
Share via:

Posted Jun 03, 2021 at 06:49pm
Les was one of the sweetest men I had the pleasure of knowing! He always had time for a chat, whether it was at the gas station, in the halls of the high school or on the street in town. He was a kind, friendly man and always a big smile! You are loved forever Les, by all the students who walked the school halls, and by the neighbours and residents of Rainy River who are proud to say, “ I remember Les, he was a good friend!”
Comment Share
Share via: 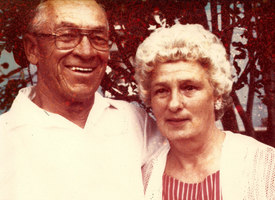 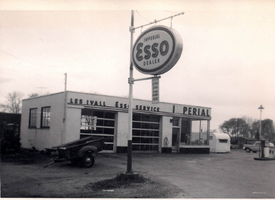