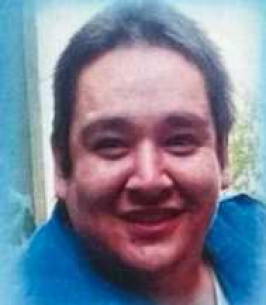 On Thursday, September 15, 2022 our beloved Joshua Vaughan Kelly, passed away at age 32.
Josh was born in Fort Frances, Ontario on March 27, 1990 and was raised at Ojibways of Onigaming First Nation.

Surviving family members include his mother Lori lee Kelly and Step Father Darryl (The Pope) Beacham, his biological father Stephen Wiess from Renfrew, Ontario. His sister’s Kimberly, Melissa and brother’s Jamie, Lil D (Summer), Cole, all from Onigaming First Nation. His cherished nephew’s Kyrix, Leo and his Lil Princess Lily. He also leaves behind his Uncle Stacey (Verda) of Minneapolis and Aunt Candi (Gerald) Kelly-Arch of Onigaming. His first cousins: Shantay, Cadence, Cayden, Leah, Jeremy and Monica. Josh will be missed by many family members and friends from Onigaming and Big Grassy.

Josh is predeceased by his beloved grandparents Bobby and Delored Kelly and niece Marissa Kelly-Arch.
Josh lived all his life on Lake of the Woods. He enjoyed the outdoors and loved fishing with his buddies.

Rest in paradise Joshua Kelly, we will love and miss you forever.