To share your memory on the wall of Joseph Winik, sign in using one of the following options:

In addition to a lasting legacy as a teacher, coach, and guidance counsellor, he leav... Read More
Joseph Shawn Winik
On a snowy Christmas evening, Joseph Shawn Winik (b. 01/03/1967) passed away at the age of 53 after a brave journey with ALS.

In addition to a lasting legacy as a teacher, coach, and guidance counsellor, he leaves behind a family who dearly loved him: his wife Tricia Winik (née Hyland); his three daughters and son-in-law, Alexa Winik (Justin Duff), Juliana Winik, and Allison Winik; his parents Jack and June Winik; his siblings Jane (Rob) Johnson and Jon-Paul (Carolyn) Winik; his nieces and nephews (Bethany, Anders, Brett, Benjamin, and Sophie); his sisters- and brothers-in-law Doug (Wendy), Marg (Steve F.), Gord (Darlene) Nancy (Steve B.) and their children (Jennifer, Hannah, John, Justin, Melissa, Christina, Matthew, Eric, and Sarah). Joe was predeceased by his grandparents (Joseph and Lena Winik, Sigurd and Mary Olson) and his in-laws (Donald and Eleanor Hyland).

Born in the northern border town of Emo, Ontario, Joe was most at home when enjoying the great outdoors, whether on fishing trips to ‘The Pothole’ or swimming in the waters of Clearwater Lake. He attended Fort Frances High School from 1981-1986, where he captained the football team, played trombone in the band, and sang in the choir. He went on to graduate from Lakehead University with an H.B.A. in Kinesiology and earned his teaching certificate at Brock University. He married Tricia in 1989 and throughout their 31 years of marriage, working closely together as teachers and coaches, they were, as Joe often described, “a great team.”

Joe’s long career as a teacher began with the Rainy Lake Ojibway Educational Authority, teaching at different locations in the Rainy River District (Northwest Bay, Couchiching and Manitou Rapids). After relocating to Windsor in 1996, Joe took up a position as a school teacher at Maranatha Christian Academy (MCA). Much of the rest of his life was dedicated to his MCA family, where he taught history, physical education, and world religions to hundreds of students. As MCA’s Athletic Director, he also helped build a successful high school athletic program, coaching track and field and volleyball. Highlights for Joe included guiding his teams to several WECSSAA and SWOSSAA titles, and seeing his athletes compete and medal at OFSAA.

Of all his accomplishments, however, Joe’s greatest pride was being a father to his three daughters. He was their unflagging cheerleader (and taxi driver) for their many activities, driving countless kilometres down the 401 and across North America to track meets, dance recitals, volleyball tournaments, and more.

Joe’s diagnosis with ALS was a heart-breaking turn that led to many difficult and premature endings. Yet many things did not end for Joe – his warmth, his sense of humour, his generous spirit – and indeed, the beautiful community of care that grew around him was a testimony to his steadfast love and unshaken Christian faith. Until his last days, Joe often shared that the anchor of his life was his trust in Jesus Christ, his Saviour, to whom he sought to be, in every sense, “a good and faithful servant.”

On behalf of the entire Winik family, endless gratitude is due to the many people who loved and cared for Joe over the last few years. To his men’s Bible study group; to his “Cup of Joe” home church; to those from his MCA community who organised fundraisers; to the many friends who popped in for visits or to sit with him; to Jen from Paramed, Maria Price, Louise Defour, and his Personal Service Workers (Raj, June, Tanya, Maria, Roberta, Bobbi-Jo); to the remarkable nurses and doctors at Hospice of Windsor (Dr. Burgess); and especially to the on-call hospice nurse Rachel, Dr. Bergeron, and Joe’s best friend, Desmond Griffiths, who were there for him in his final hours—you have all meant the world to us.

Joe’s was a life well-lived, and his absence is already felt by those he left behind. There is comfort, however, to know that his journey with ALS is over and that his memory will be marked by the lives of the many people he encouraged and uplifted during his time on earth.

As per Joe’s wishes, cremation has taken place and a memorial of Joe’s life is planned on February 20, 2021 (1pm) at Windsor Christian Fellowship. A link will be provided to register for the service and a livestream link of the “Cup of Joe” Memorial Service will be available February 6, 2021 below.
A second memorial service will take place this summer in Joe’s hometown of Emo, Ontario.

In lieu of flowers, the Winik family asks that donations might be made to the following organizations in Joe’s memory:
The Joe Winik Memorial Scholarship for students at Maranatha Christian Secondary School

You can E-transfer to jgrainger@maranathachristian.ca Reference “Joe Winik”

The ALS Society of Windsor-Essex County

“Be joyful in hope, patient in affliction, faithful in prayer.”
(Romans 12:12)
Read Less

Receive notifications about information and event scheduling for Joseph

There are no events scheduled. You can still show your support by sending flowers directly to the family, or planting a memorial tree in memory of Joseph Shawn "Joe" Winik.
Plant a Tree

We encourage you to share your most beloved memories of Joseph here, so that the family and other loved ones can always see it. You can upload cherished photographs, or share your favorite stories, and can even comment on those shared by others.

Posted Feb 09, 2021 at 05:48pm
I always enjoyed seeing Joey at the High School Track competitions in Windsor. Sharing laughs, memories of our own high school lives and faith was always the topic of the day. He truly was great, kind person. The world is a little less without him.
Comment Share
Share via:
MO

Posted Dec 31, 2020 at 02:55pm
Wishing you peace to bring comfort, courage to face the days ahead and loving memories to forever hold in your hearts. 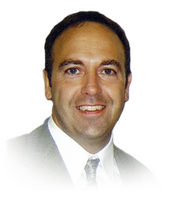