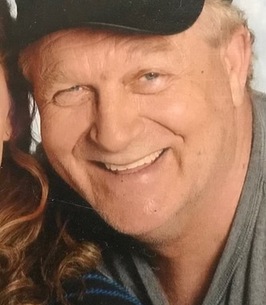 It is with great sadness we announce the passing of John Conrad Bosma,66, of Rainy River, ON. Born and raised in Burriss, ON.He succumbed to cancer with his family by his side on July 19, 2022.
John is survived by his life partner Debbie Carlson of 43 years, daughter Carlee Bosma(Tyler), Grandchildren Brexton and Lennox, Sisters Audrey Borger, Kathy(Paul) Michmerhuizen, Margaret(Danny) Ozerkevich, Brother Bob. John’s brothers and sisters in laws Gene Carlson, Mary(Dave) Perrier-Walsh, Murray Carlson, Laurie(Steve) Lindberg, Ed(Diane) Carlson,Karen Carlson, Lyal (Corrine) Carlson and many loving nieces, nephews and extended family. Pre-deceased father James, mother Irlene, daughter Jennifer, brother in law Aire Borger and Doug Witherspoon. Sister in law Pam Carlson. John was a loving father, partner, grandfather, and friend to everyone.
John loved sports, especially racing, he loved being out on the track. He took every opportunity he got to travel around to different tracks to watch racing with his daughter Carlee. He spent his free time watching various sports games live and on TV. He also enjoyed playing hockey and baseball. John worked as a welder and fabricator for most of his career. His great pride and work achievement was building and running his own shop in Emo. He always had the coffee pot on, making him a local coffee shop and house of BS. He was always willing to share a cup of his tar and always willing to tell you why you were wrong. John was always there to help relatives and friends with household projects and taking on many renovations. He was there for whatever people needed from him.
A special thank you to the people at Rainy River Hospital for their loving care and support during his final days. Kristi and Kevin for everything they did to help dad over the last couple years. Also, the family would like to extend their sincerest gratitude towards friends and family for understanding during this difficult time. A celebration of life service will be held from 2:00 -4:00 PM, Thursday, August 4th at Rainy River Legion 319 Fourth St. Rainy River.