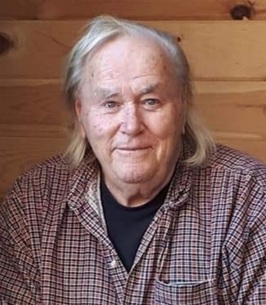 With heavy hearts, we sadly announce that, surrounded by his loving family and friends, Glen Gunderson passed away on Sunday, October 9, 2022 at La Verendrye Hospital in Fort Frances, ON.
Glen was born in Fort Frances on December 29, 1940. His youth was spent equally on the lake and in pool halls. Even so, he graduated from Fort Frances High School and went on to be educated as a teacher.
In 1966, Glen married his best friend, Silvia, and together they had four children: Heather (Butch Wensley), Kirsten, Karl (Lynda), and Von (Cara). He was a proud grandfather to Harper, Gabe, Odin, Isabella, Madeline, Boyd, Kienna, and Jeromy, and great-grandfather to Bria. Grampa passed on his love of the outdoors creating many activities for his grandchildren as a group, and individually with each and every one.
He is survived by his brother and sister-in-law, Morley Gunderson and spouse Melanie Brady, and sister Gayleen Szlauko; as well as nieces and nephews, Bob, Sandy, Brady, Jesse, Rory, and Brendan. He was predeceased by his wife, Silvia, parents, Magnus and Ann Gunderson, brother-in-law Bill Szlauko, grandson Patrick and niece Coreen O’Connor.
Glen began a teaching career in 1960 with the Rainy River District Separate School Board until he retired in 1995. He loved teaching and his students, and had the honour to teach three generations of some families. He was renowned for his story telling, which as often as not, was encouraged by his students. While they thought they were getting out of a lesson, Mr. G managed to turn the story into one, rivalling Aesop.
He had a special talent for engaging in conversation. Time had no meaning when you were conversing with him, whether it was a lively debate or heartfelt discussion. After speaking with Glen you felt more knowledgeable and most likely, better about yourself.
His faith was important to him and in retirement, he continued teaching at Sunday School, and performing sermons at the Zion Lutheran Church, as well as participating in bible study groups.
Glen loved an array of sports, whether playing, watching or coaching. The many curling, bowling and billiards trophies are a testament to his skill, and he was just as proud of the students of the St. Mary’s School track team, the photos of which are still hung in his den. He had a competitive spirit, from bocce to croquet or cards to fishing and he taught his children how to be gracious whether you won or not.
He had many hobbies and passions, including woodworking, gardening, sticky buns, reading, fishing, coffee, playing cards and spending time at his beloved cabins. All of these took second place to his love for Silvia (although often they overlapped). Glen and Silvia were married for 51 years and had a bond any couple would envy.
Until we meet again, we are filled with gratitude to a dear father, grandfather, brother, uncle, and friend. A visitation will take place Friday October 14, 2022 from 6-8 pm and a funeral on Saturday October 15, 2022 at 2 pm, both at the Zion Lutheran Church in Fort Frances.