To share your memory on the wall of George Pratt, sign in using one of the following options:

He was the first born of 4 children; Glen, Roberta and Raymond and many nieces, nephews and cousins. He moved his family to Rainy River in 1972 and was best known as owner of Pratt's Auto. George loved spending time at the cabin with family on Lake of the Woods. He and Carol spent 26 years wintering in Port Isabel, Texas surf fishing and motorcycling with a group of friends. He was active in The Masonic Lodge, Legion Branch 54 and in earlier years he was on the local Fire Department, Ambulance Service, Kinsmen Club, hockey and curling. He was currently a member of the Trinity Lutheran Church in Bergland and Community Choir of Rainy River.

As per George's wishes, a private family gathering will take place at a later date. If desired memorial donations may be made in George's memory to the Rainy River Hospital, c/o Northridge Funeral Home Box 89, Emo, ON P0W 1E0.
Read Less

Receive notifications about information and event scheduling for George

There are no events scheduled. You can still show your support by sending flowers directly to the family, or planting a memorial tree in memory of George Henry Pratt.
Plant a Tree

We encourage you to share your most beloved memories of George here, so that the family and other loved ones can always see it. You can upload cherished photographs, or share your favorite stories, and can even comment on those shared by others. 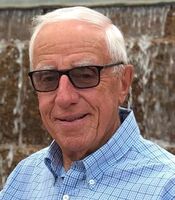