To share your memory on the wall of Ernest Hershey, sign in using one of the following options:

Print
Ernie Duncan Hershey, 76, of Atikokan, Ontario, passed away peacefully on January 7, 2021 surrounded by his family. He was born to parents Louise Greg and Ernest Hershey, on May 30, 1944 in Niagra-On-The-Lake, Ontario.

Ernie enjoyed the... Read More
Ernie Duncan Hershey, 76, of Atikokan, Ontario, passed away peacefully on January 7, 2021 surrounded by his family. He was born to parents Louise Greg and Ernest Hershey, on May 30, 1944 in Niagra-On-The-Lake, Ontario.

Ernie enjoyed the outdoors with his family at their cabin in both summer and winter. He loved fishing, hunting, swimming, snowmobiling, ice-fishing, gardening and wood-working. Ernie was a long-time resident of Atikokan and volunteered with a variety of organizations including the Atikokan General Hospital Board and the Ontario Ministry of Natural Resources (REMAC) Resource Management Advisory Committee.

Ernie met Marlene Stella Hershey (nee Kwasnicia) of Madsen, ON in 1964 and they were married on July 9, 1966 in Red Lake, Ontario. Together they raised two children: Coralyn Jane Warkentin of Atikokan, ON and Crystal Lea Dahl of Millarville, AB.

He was preceded in death by his mother and step-father Louise and Willis Greg of Atikokan ON, father Ernest Hershey of Coquitlam BC, sister Betty Jane White of Sault St. Marie ON, and sister Cheryl (Tim) Fairbairn of Atikokan ON.

The family has entrusted Northridge Funeral Home of Emo, ON with the arrangements and condolences can be left at https://northridgefuneralhome.com/book-of-memories/4485956/Hershey-Ernest/index.php. In lieu of flowers, donations may be made to the Atikokan General Hospital Foundation at https://aghospital.on.ca/foundation/ or email foundation@aghospital.on.ca.
Read Less

Receive notifications about information and event scheduling for Ernest

There are no events scheduled. You can still show your support by sending flowers directly to the family, or planting a memorial tree in memory of Ernest Duncan "Ernie" Hershey.
Plant a Tree

We encourage you to share your most beloved memories of Ernest here, so that the family and other loved ones can always see it. You can upload cherished photographs, or share your favorite stories, and can even comment on those shared by others.

Posted Jan 18, 2021 at 05:24pm
My deepest sympathy to Marlene and her family! I went to high school with Ernie for a year before I attended Fort High! He was a very quiet young man and always respectful! Through out the years it was always nice to see Marlene and Ernie out walking! I am so very sorry for your loss! You are all in my prayers and sending love! 😢🙏🏽🙏🏽❤️❤️
Comment Share
Share via:
AC

Posted Jan 13, 2021 at 02:07pm
On behalf of the Atikokan Resource Management Advisory Committee. Deepest condolences to the Hershey family. Fitting tribute for an avid outdoorsman. 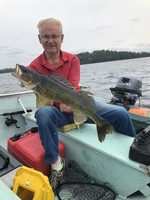 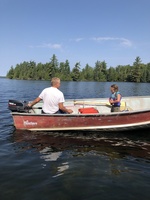 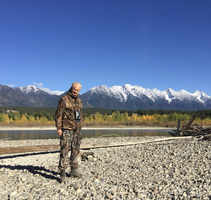