To share your memory on the wall of Donald Witherspoon, sign in using one of the following options:

Don was a loving, caring, hardworking man who provided for his family. Don was well known in the community for his work digging basements, septic’s, wells, and new homes
Don took great pride in every job he did. He went to work at an early age at Steep Rock, Logging, Road Building, Farming and then in Dryden where cement got into his blood. He loved it best when he was operating a machine and could be seen doing so until his last days. He took great pleasure in showing anyone, including children, how to operate the equipment, trained many and was proud of each of them.

Don was humble and kind with an amazing memory, though numbers were his specialty. He enjoyed being in the country to watch the bird’s squirrels and feeding his deer. He also loved his dogs, deer hunting and his garden which provided plenty which he looked forward to sharing.

He had a heart of gold and never put himself first. He was always grateful for what he had and always willing to help the less fortunate and lend a helping hand. Even though he struggled with his own health issues in the last few years he made sure to do his daily phone calls to his kids to ensure their families were safe and healthy. Don always supported his children’s decisions and was always there to coach them in all endeavors they took part in.

Don was well known by many and loved by all but I don’t think he realized to this extent.

The CONCRETE foundation of the family, Gone, but not forgotten.

I want to say a huge thank you to everyone who has helped us during Don’s health issues in any way especially to our guardian angel Kristi.

Receive notifications about information and event scheduling for Donald

There are no events scheduled. You can still show your support by sending flowers directly to the family, or planting a memorial tree in memory of Donald James Witherspoon.
Plant a Tree

Donations are being accepted for: Riverside Foundation.

We encourage you to share your most beloved memories of Donald here, so that the family and other loved ones can always see it. You can upload cherished photographs, or share your favorite stories, and can even comment on those shared by others.

Posted Jun 03, 2021 at 05:44pm
DON, WE MEET ONLY A FEW OCCASIONS, WHEN I WAS PAYING MY BILL TO JOYCE. MAY YOU RIP AND SMILE TO WATCH MURRY STRUGGLE THRU EACH AND EVERY DAY.
SINCERELY ,DON TAUER
Comment Share
Share via:
JB

Posted May 29, 2021 at 08:02pm
We had the privilege to know and work with Don since 1980 when he excavated our first house on McTavish Rd. He was a true gentleman and man of his word where a handshake was as good as a written contract You will be missed but not forgotten. Dave and Jan Beazley.
Comment Share
Share via:
DH

To Millie and family. We are sorry for your loss. We have many memories of Don from when we lived in Devlin. I always picture him with his cement truck. May your memories sustain you. Ross and Ann-Jane 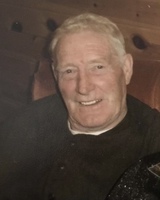 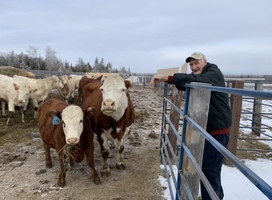 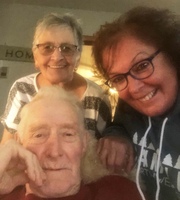