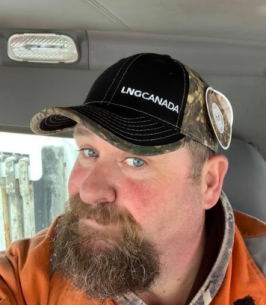 It is with great sadness the family announces the sudden passing of Gyslain Lemelin, 50 of Burriss Twp, Ontario on Sunday March 21,2021, while working in Terrace, British Columbia. Gyslain was born in Mattawa to Pauline and Gerard Lemelin. He was the middle child of 3 boys and grew up enjoying the outdoors, big trucks, and canoe trips.

Gyslain had a passion for long-haul truck driving. He made friends at every stop. He was deemed the highway angel and would stop to help anyone in need. He was always willing to lend a hand, and provide support no matter what the circumstance.

Gyslain or ¨Juice” as he was affectionately known by all his friends was hardworking, loving and had a huge heart. He will be missed by all that considered him to be a friend.

He was predeceased by his parents Pauline and Gerard Lemelin,

Funeral services are pending and to be announced at a later date. Covid attendance restrictions to be followed

If desired memorial donations may be made by cheque to the Emo Food Bank (or any other food banks) c/o Northridge Funeral Home, Box 89 Emo ON P0W 1E0.