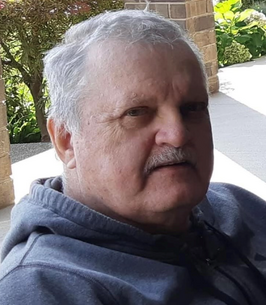 It is with great sadness the family of Blair Thomas Beadow announces his sudden passing on November 18th, 2022 at the age of 71.

Blair was born on November 27th, 1950 in Kapuskasing, Ontario to John and Jean Beadow. Blair grew up in a full household being the oldest of 6 siblings. He always enjoyed the outdoors and went to school originally for Forestry. He quickly realized that the route of an electrician would be better suited for him. He started his career in the mill when he was 21 and dedicated his time and expertise to his trade until he retired in 2014. Along the way he met his wife Linda and they married on September 17th, 1983. He built a good life with his wife doing all of the things he loved. They welcomed two daughters into this world and moved to Fort Frances in 1991. Blair loved all the opportunities Fort Frances gave him to be outside. Whether it was fishing, hunting, golfing or spending his time at the sportsmen's club he was able to do all of it in this new place we now call home. Blair built countless friendships through his work and his hobbies. He was always willing to help anyone who needed it and never turned down an offer to go do something on the lake or in the bush.
His last 15 years was dedicated to his grandchildren and to taking more time to do the things he's always wanted to do. He took many hunting and fishing trips with his friends, played many rounds of golf and even started helping out around the Galusha farm. Grandpa could be found at the rink watching countless games of hockey and waiting to offer his advice on how to improve. He loved telling everyone who would listen about his grandkids accomplishments in bowling, hockey or whatever current passion they had. His newest adventures were with the camper where he got to camp with his wife and grandkids and hunt this fall with his friends. He was an outdoorsman until the very end.

Blair was predeceased by his parents John and Jean Beadow, his step-father Paul Levchuk, and his brother Barry Beadow and father-in-law Mike Tomiak.

He is survived by his wife of 39 years, Linda (Tomiak) and two daughters Lindsey (Mike), and Jamie (Brad) and grandchildren Luca, Carson, Kyrie and Cohen. His four siblings, Bruce (Lynn), Brook (Diane), Brad (Brigitte) and Bonnie (Mark) and sister in-law Lise. His sister and brother in-law, Anne (Peter) and Michael (Laurie). His nieces and nephews, Jeremy, Emilie, Branden, Tyler, Tommy, Justin, Jennifer, Curtis, Meghan, Dylan, Melanie, John, Alex and Angela. He is also survived by his mother in-law Rosabelle and numerous great nieces and nephews.
He will be greatly missed by his many good friends.

A Celebration of Life will take place on Saturday November 26th, 2022 at the Rendez-Vous Fort Frances from 12-2pm.